The name of our wine PEREZOSO honours the system of old pools, through which the water was slowed down in order to wash the fruits and vegetables of the orchards that made up La Nogalera.
At the same time, it refers to the philosophy of the wine we’d like to offer you. Smooth, gentle wines, to enjoy and delight in good company. We currently have two production farms: 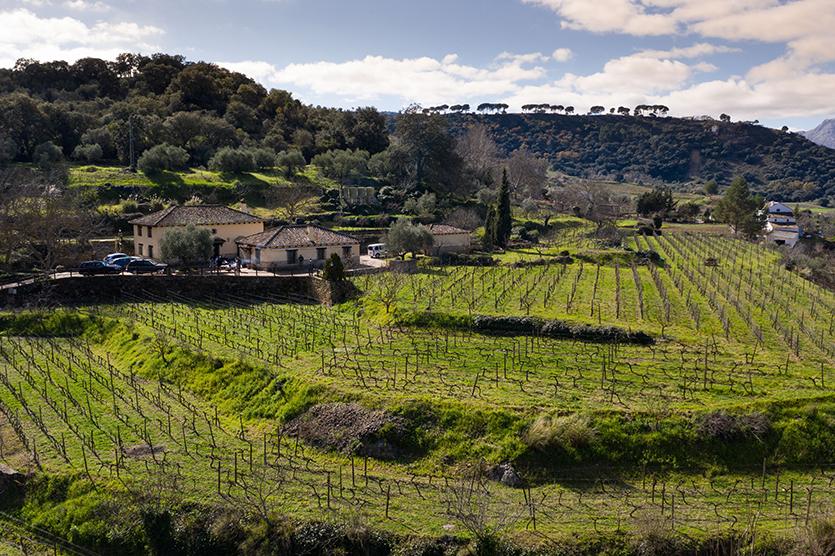 Finca Nogalera, is an agricultural farm in origin, linked to the Beltrán family since 1866. It was an irrigated garden with orchards, with an important traditional system of terraced cultivation to make use of sloped land. These terraces are created thanks to the accumulation of stones that originate from the orchards at different levels, which have been maintained to this day and that are continuously restored to preserve this legacy of great agricultural importance.

In addition to the traditional terrace system, the ancient irrigation system is still maintained, through the ditch that comes from the Guadalevín River. This irrigation ditch is divided into branches that serve to flood the different terraces.

The main ditch and secondary branches have a system known as “lazy waters” corresponding to basins in which water is held for later use, these “lazys” were formerly used for washing vegetables and collected fruits, thus being able to sell them at the food market in Ronda.

This irrigation system is an agricultural legacy inherited from the ancient crops of the Andalusian Middle Ages. The landscape is of great importance in our farm, since the enclave in which it is located is a place of great beauty, located at the foot of the imposing wall of the Gorge, La Nogalera, can be seen from the viewpoints of the Parque de La Alameda de Ronda and is part of the agricultural landscape of our Andalusian lands.

Acquired by the Beltrán family in 2013, it housed pig farms during the 1960s. It preserves, in addition to its name, Cooperativa Agropecuaria de Ronda, the remains of some buildings and old orchards in the area, such as Huerta Orozco.

Its 4.5 hectares border the Guadalcobacín River as it passes through the La Indiana area. This area is rich in water and riverbank sediments which were ideal to carry out our project.

We decided to plant various grape varieties: Viognier, Monastrell, Grenache, Petit Verdot and Malbec; along with some strains of Pedro Ximénez to adapt them to this area.

All our effort culminated in “Resilencia,” which gives a nod to the times we have fallen and got back up again. The same goes for the vines after the October 2018 flood, flattened down and buried, but alive and waiting to be rescued and offer their best: their grapes. 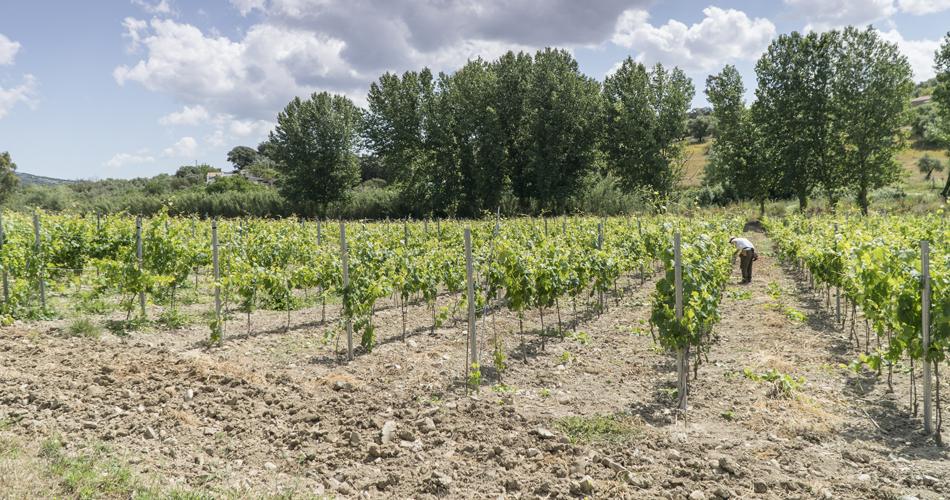 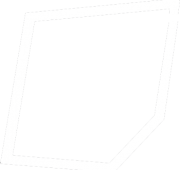 ¡Llámanos!
WhatsApp
We use cookies to ensure that we give you the best experience on our website. If you continue to use this site we will assume that you are happy with it.Ok